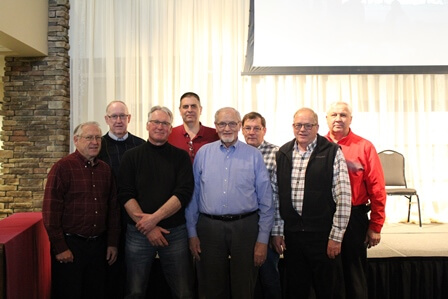 The Tulip Festival Steering Committee is very pleased to honor the Pressman-Koster Post 329 of The American Legion as the parade marshals for the 77th annual event.

This year, instead of honoring an individual, we chose to honor a group of people.  This group currently consists of 150 members.  They not only lead every parade during the festival, they also serve our community by conducting Memorial Day services as well as military funerals.  They help our youth by donating to after prom parties, supporting the Boy Scouts and American Legion summer baseball and sending 4 young men to the Boys State Conference each summer.  This group was chartered in 1919 as the John C. Pressman post who gave his life in World War I.  After World War II, the name was changed to the Pressman-Kosters post in honor of Allen and Henry Kosters who were killed in World War II.