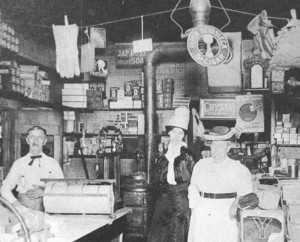 With vision and determination, Hendrick Jan Van De Waa, Sjoerd Aukes Sipma, Jelle Pelmlder, and Huibertus Mulienburg were appointed in April of 1869 to travel from Pella to Northwest Iowa in search of land to settle a new colony. The land they found was sufficient in size and the soil was fertile and rich. This was Sioux County and the future looked bright.

In June of that same year a new committee consisting of Henry Hospers, Leendert Vander Meer, Dirk Vanden Bos, and Hendrick Jan Van De Waa traveled to Sioux County to stake their claim. Upon arriving they exclaimed without doubt or hesitation, “Here is the place!” When the four men saw the land before them they agreed with one accord that they need go no farther. This indeed was for them the Promised Land.

With map and surveyor’s compass as guides, they sought and found corner stakes of the government sections, selected a town site, named the locality “Holland” and took possession of 38 sections of land, marking the new townships with small mounds of earth.

Like all Hollanders, the Dutch in the colony of Sioux County cherished their homeland where many of their families still lived. With patronage to the Dutch royal family, the settlement was called “Orange City”, in honor of the Royal House of Orange. 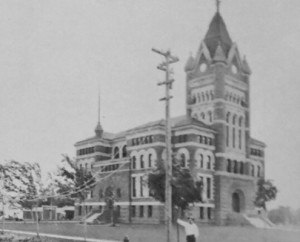 They set aside one block for a public park, staked off and sold lots and laid aside on-fifth of the proceeds for a college fund. One of the first buildings was a schoolhouse around which the town grew.

Twelve years after they came to Sioux County, they founded a church school – The Northwestern Classical Academy. The county seat was transferred to Orange City, from the more western community of Calliope, as the Dutch became involved in local politics.

Although the first years in Northwest Iowa were harsh with plagues of locusts, the area grew steadily into the 20th Century. By the 1930’s the community was well established and a second generation had grown and retired. As the European homeland seemed to become further from reality, a movement started to begin a celebration to honor the traditions and customs of their Dutch ancestors. In 1936 the Tulip Festival officially began.