Picture Holland in your mind’s eye, and images of whirling windmills, hand-crafted wooden shoes and tulip fields blooming with vibrant color appear. The tulip, a symbol of prosperity in the Netherlands, was imported by the townspeople of Orange City as a beloved reminder of their homeland.

As memories of the Netherlands grew fainter, an effort was made not only to celebrate our ancestry, but to keep it alive from generation to generation. The festival originated as a Tulip Show in 1933, where tulips were individually judged in their beds before they were cut. The tulip remains an integral part of the festival and a highlight for visitors every year.

We plant a variety of early, mid- and late-blooming tulips in Orange City to do our best to have tulips in bloom during the festival. The majority of the tulips usually bloom in mid-May, but weather plays a major role in the timing of the blooming tulips.

View tulips through the city centrum along Central and Albany Avenues . Many varieties and colors of tulips can be found in various groups of tulip beds around Orange City. 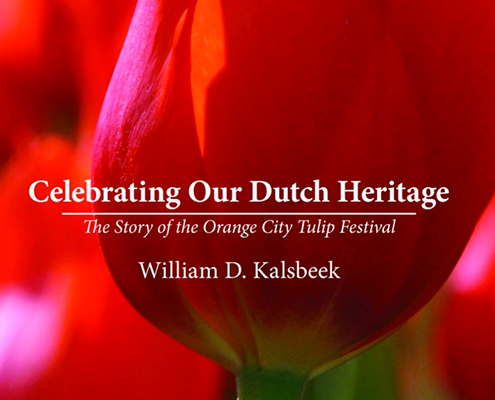 Celebrating Our Dutch Heritage – The Story of the Orange City Tulip Festival.