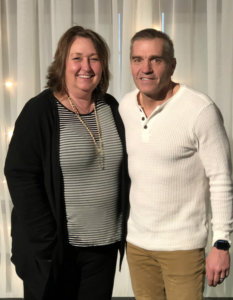 The Tulip Festival Steering Committee is very pleased to honor Scott Mulder as the parade marshal for the 79th annual event.

Each year a parade marshal is chosen for the festival.  This honor is given to recognize someone for the contributions he or she made to the festival in past years.

Scott has been involved in the Tulip Festival ever since he was a little boy; he can remember helping his father with the street organ back in the early 1970s. As Scott grew older, he continued to participate in the parade by marching in the band from 5th grade until 12th grade. Scott was also the fiddler in the play production in the 1990s.

When Scott attended college, he was still committed to the Tulip Festival tradition and decided to help Gerry Korver with the floats in the parade. In the 1980s, Mulder Oil assumed the position of making sure floats and trolleys were kept rolling. If there was an issue with the floats during the parade, Scott or his crew members were always there to help. Scott has enjoyed working with the many different people over the years, but his favorite part is working with people he may not normally interact with during the rest of the year. His family have been involved in the tradition and taking on the family legacy. His children Kenzie, Parker, and Madi have all marched in the band and been involved with the dutch dance. Kenzie was also Tulip Festival Queen in 2013.  His wife, Jill, was on the queens committee and chaired the committee in 2017. Thank you Scott for your contributions throughout the years.