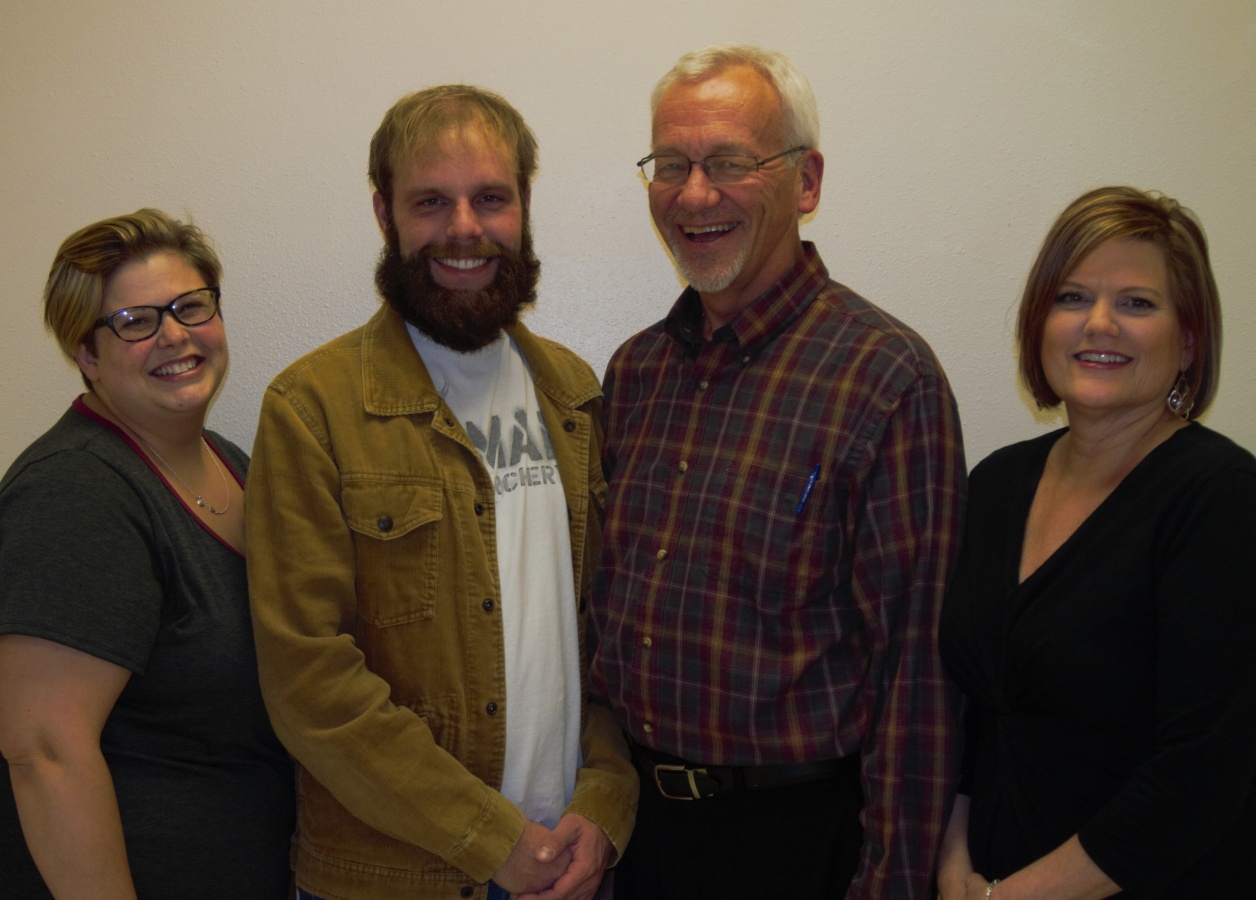 The Tulip Festival Steering Committee is pleased to introduce the leadership team for the 2016 Night Show production of “West Side Story.” The show will take place May 18-21 at the Unity Christian Knight Center.

Todd Vande Griend, director, started his Night Show career in 1998 at age 12, and has been involved ever since. This show marks his 17th Tulip Festival Night Show and his second time as director, previously directing “Fiddler on the Roof.” Todd has been on stage, behind stage, and in all aspects in-between, including as producer. “West Side Story” is quite challenging – full of raw emotion, wonderful music, and energetic dancing.  He looks forward to getting practices underway, then watching the show develop into a Broadway production. “West Side Story” is a show you do not want to miss! Todd and his wife Mandy live in Alton with their three children, Kooper, Kipp, and Kasee, and their two dogs, Jaz and Bella. He thanks them in advance for allowing the Night Show to be his home away from home.

Tom Hydeen, music director, has participated in Night Show productions for most of his 33 years of living in Orange City.  He has performed on stage, backstage, in the orchestra, and directed the orchestra.  As music director, he enjoys working with volunteer musicians who are committed to presenting the best performance possible.  Working with the music for “West Side Story” is not for the faint-of-heart: it presents some real challenges and opportunities.  When all is said, done and practiced, it will have been well worth the effort.  Tom and his wife Carla live in Orange City, and have three adult children and five grandchildren.  Tom is presently a part-time staff member of First Reformed Church.

Rebecca Donahue, dance choreographer, graduated from Northwestern College in 2005 and made Orange City home.  She is delighted to be choreographing her eighth Night Show, including “Bye Bye Birdie” which she also co-directed.   Rebecca supports the arts many ways: as a six-year member of the Orange City Arts Council, as coach for the MOC-FV Dance Team, as dance class teacher at Northwestern College and other studios in the Orange City area, and more recently by establishing and teaching the Just For Kix franchise for which her students won several awards at the Together We Dance competition.  Notably, she is founder of two annual events, Northwestern’s RUSH: A Student Dance Concert in 2005, and An Evening Of Dance – Orange City’s community dance event in 2010.  Above all, she cherishes her role as a wife and stay-at-home mom to her beautiful two-year-old daughter.

Victoria Karssen, producer, has found that assisting with the hair and makeup crew, painting sets, co-producing, and now producing Night Show productions has been a fantastic way to get to know local talent.  Favorites have been seeing her entire family in “Joseph & the Amazing Technicolor Dreamcoat,” and husband Paul – who kissed Vic’s real-life best friend! – as Tommy in the delightful “Brigadoon!”  Victoria graduated from Northwestern College in 2006 and serves as a Chaplain at Mercy Medical Center, Sioux City.  She has served as committee chair for the Community Garden at ARC since 2009, and for the newly begun Meditation Garden at ARC.  Her best roles are as mom to Amanda (Gus), Libby (Chris), and Matt, and being Nonni to Elena & Noah.

Tickets for the Night Show will go on sale for $20 each on Monday, Feb. 1 at 9 a.m. at the Orange City Tulip Festival/Chamber of Commerce office. Questions can be directed to the Tulip Festival office at 712-707-4510, and more information can be found at www.octulipfestival.com.

“West Side Story” is based on a conception of Jerome Robbins. Book by Arthur Laurents. Music by Leonard Bernstein.  Lyrics by Stephen Sondheim. Entire original production directed and choreographed by Jerome Robbins. Originally produced on Broadway by Robert E. Griffith and Harold S. Prince by arrangement with Roger L. Stevens.