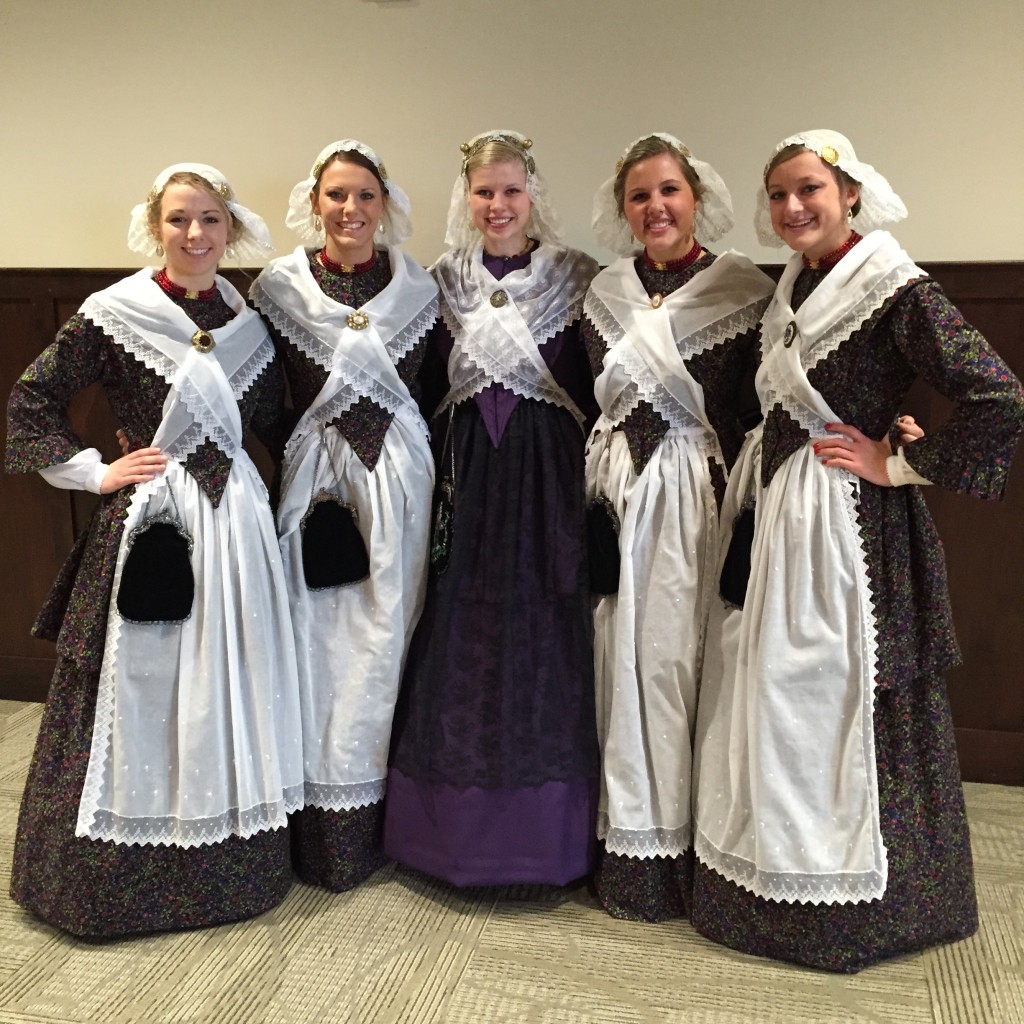 Queen Cara and her Court will wear the authentic dress from mid- to late 19th century Friesland for the 2015 Tulip Festival, as revealed at the Tulip Festival Extravaganza on March 18. This is the first time the Friesland costume from the era has been introduced at Tulip Festival.

The costumes include voluminous, ankle-length skirts and fitted jackets that feature a v-shaped overlay, fitting over the apron. The Court members’ skirts and jackets are made from a cotton calico fabric, and Queen Cara’s are made of an eggplant-colored satin. The white aprons and shawls worn by the royal Court are lace-edged and feature hand-embroidered, authentic Dutch motifs. Queen Cara’s apron is made of a fine black lace and her shawl is fine white lace edged in lace trim.