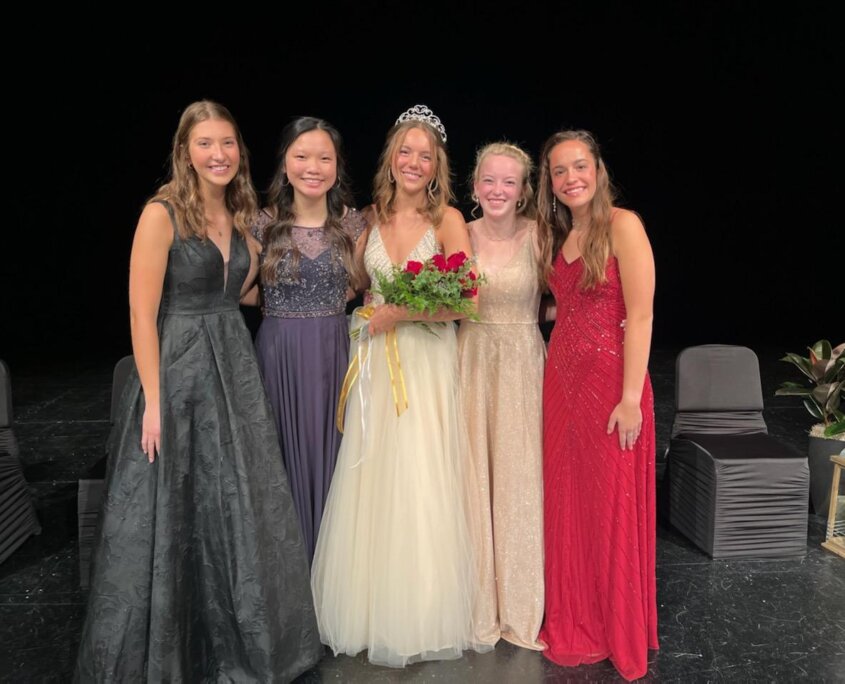 A senior at Unity Christian High School in Orange City, Naomi Mellema is the daughter of Matt and Kristin Mellema.

A Queen’s Tea with the court members and three pageant judges was held on Monday, November 22. A special crowning ceremony took place on that evening where the Tulip Court participated in introductions, question segments and presentations, in order to select the 2022 Tulip Festival Queen.  A livestream was made available on the Tulip Festival website for the crowning event. You can watch the recorded stream here.

Naomi and her court will serve as ambassadors for the Orange City Tulip Festival as they travel in the spring, making several media and public appearances.