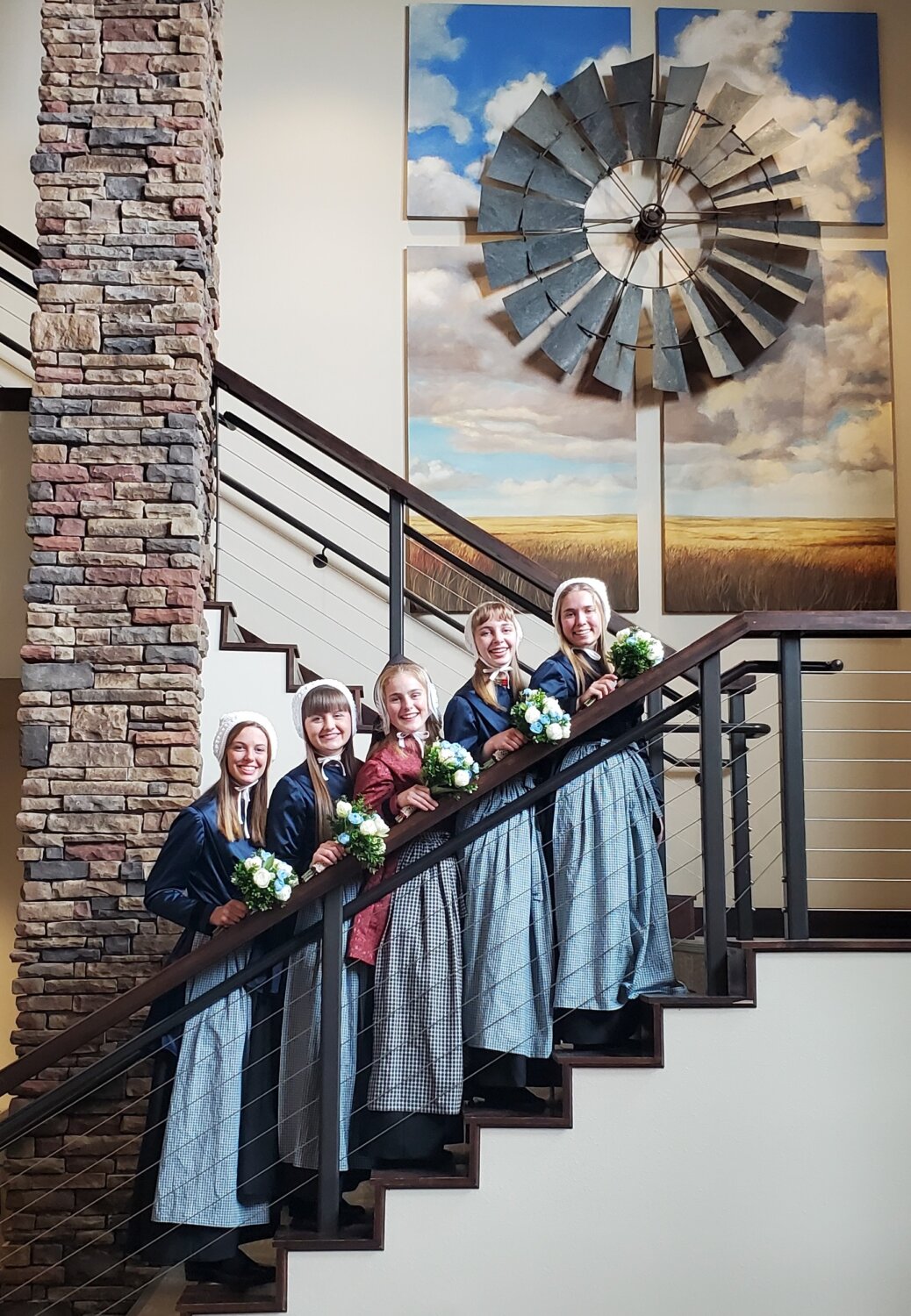 The annual Orange City Tulip Festival Extravaganza was held Wednesday, March 17, at Prairie Winds Event Center. The event featured a luncheon and program during which the costumes for the 2021 Tulip Queen and Court were revealed.

This year’s queen and court are wearing the authentic costume from the Isle of Terschelling.  Terschelling is one of the northern-most islands of the Netherlands off the coast of the province of Friesland. The costume is made up of a long black skirt and a schootjak (jacket), which is traditionally worn in blue, green, or red colors. The schootjak is traditionally solid in color but patterned fabric was introduced in the early 1900’s.

Both the queen and court wear two skirts – one underskirt made of white cotton and the second a black ankle length woolen skirt that is gathered to a narrow band around the waist. The queen and court wear a narrow apron made from a small checked cotton fabric that is shirred to a waistband that wraps around the waist twice and tied in a bow in the front.

The queen’s schootjak is a brocade burgundy fabric. Whereas, the court’s schootjak is a dark navy satin fabric. Both jackets are completely lined with a rounded neckline and close in the front with hooks and eyes.

The back of the schootjak has three pleats on either side of the center. There is shirring on the front of the bodice which lends fullness to the jacket shape. The jacket features a long basque or peplum, and jacket sleeves are long and finished off with black velvet trim.

Both the queen and court have a small white cap or mutske.  The courts are the crochet versions of the mutske that is tied under the chin with white cotton twill tape.

The queen’s mutske is a lace cap with three layers of finely pleated folds on the front and a short frill at the back. The cap is tied under the chin with a satin ribbon. Over the white cap, the queen wears a black hood or kaper. It is worn nearly horizontally on the head, and hangs down the back in lappets.